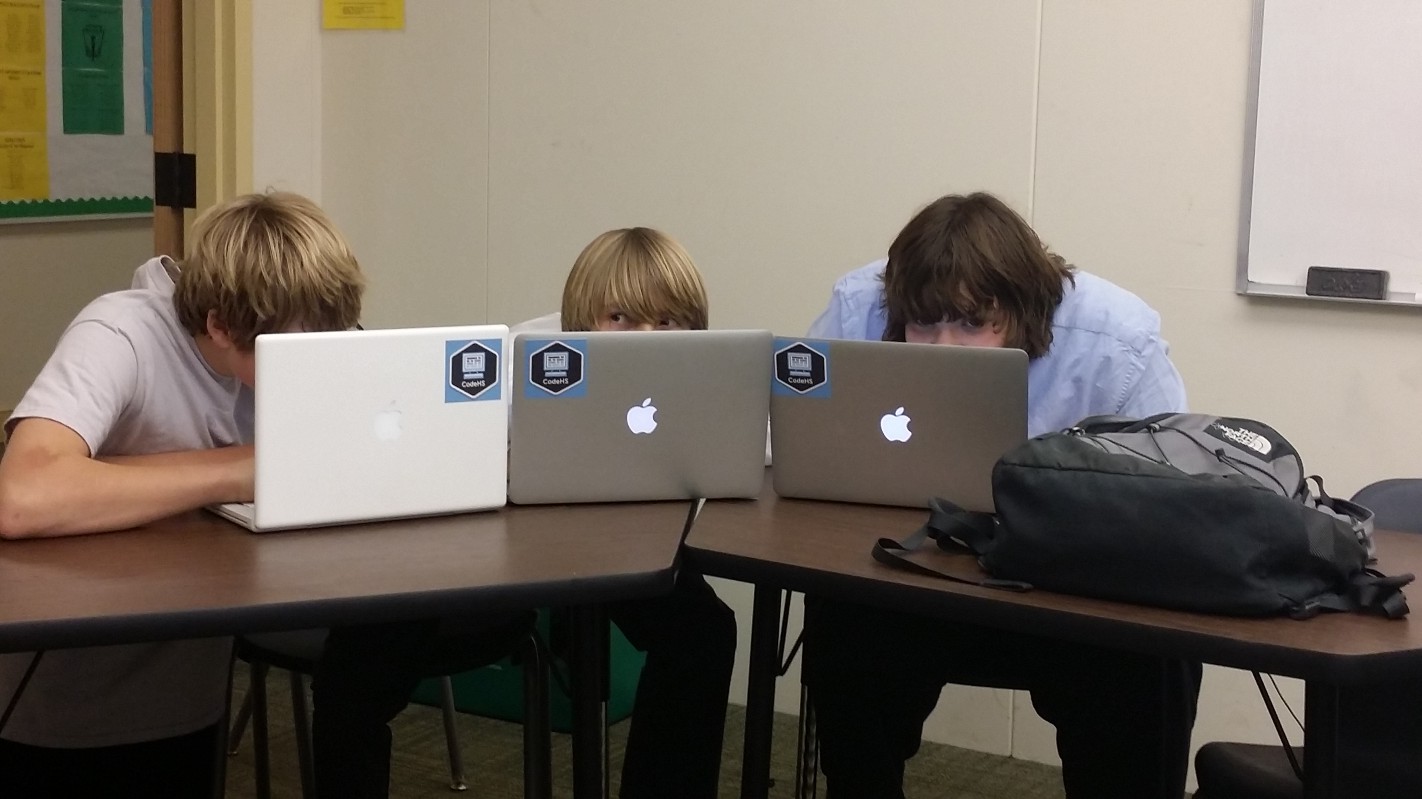 When Tyler Judd first signed up to take a computer class, he didn’t know what to expect. He assumed the students would mess around with various apps, which seemed appropriate given that computers and technology are an crucial part of their every day lives. He’d certainly never coded before. So when Tyler found out that coding was going to be a large component of the class, he was pretty skeptical. 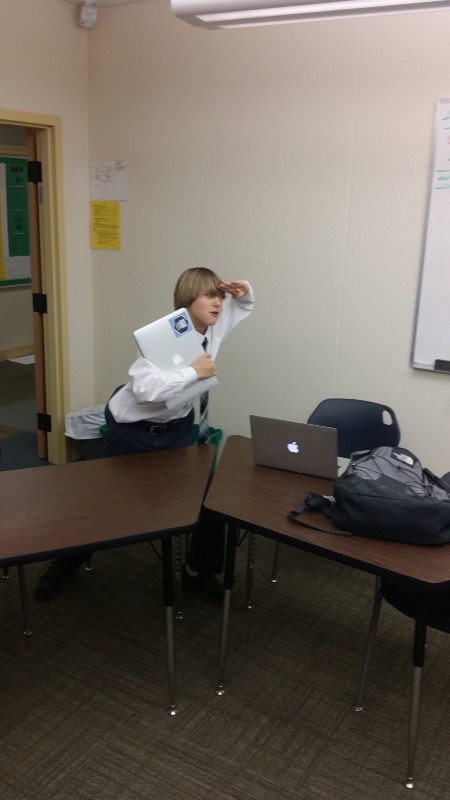 As soon as he started, though, he says proudly, “it hit me and I was stuck! I went home after our first class and kept on coding. I didn’t do any other homework. I didn’t eat. I didn’t sleep. And I finished Karel in a day or two!”

"I went home after our first class and kept on coding. I didn’t do any other homework. I didn’t eat. I didn’t sleep. And I finished Karel in a day or two!”"

You may think Tyler is the exception, that he just has a knack for coding. And you’d be right (at least about the second part)! Hearing Tyler talk about how learning to code has inspired him is incredible. But it’s not just Tyler — the other kids in his class also love the new course they are taking. Many say they never really wanted to code before, but when asked about what they think now, the response is overwhelmingly positive: “it’s awesome!” “it’s really fun!”

Tyler explains why he thinks coding is so compelling to him and the other students in his class — “When you’re on your computer, it’s empowering to know how to tell it what to do! And… it makes you seem like a badass.” Tyler is on to something.

In this day and age, when technology is such an undeniable part of every student’s life, giving students the ability to create things with technology is like giving them a superpower. It’s cool and exciting. And the students realize it!

"Giving students the ability to create things with technology is like giving them a superpower."

So how did these students get the chance to learn this modern day superpower? Joe Thompson. 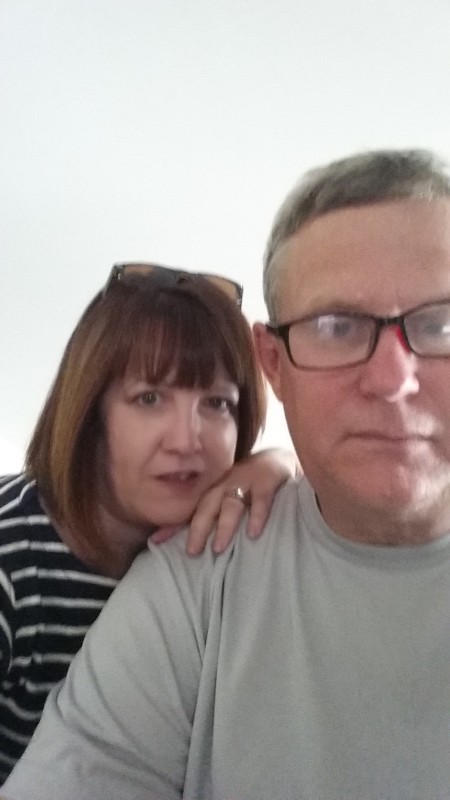 Joe Thompson is the teacher in high school that you wish taught every one of your classes. He leads the one period a day that, as a student, you really look forward to. In his class, you know you’re going to learn a lot, and it’s also going to be fun, and you can be unabashedly yourself.

Joe hadn’t been in the classroom for a while. He used to coach and teach IT at a much bigger school. When he moved to Gunston High School, where he now teaches, he wore a bunch of different hats. One such hat, is the computer teacher. He was assigned to teach the course, which involved making sure students were comfortable using computers.

After the Hour of Code had attracted millions of students across the country to try out some programming, he thought it would be a valuable opportunity to incorporate more coding into his class as well.

"Every endeavor relates to code. Everything that human beings are doing — agriculture, coaching sports, cars.. it’s an important skill for students to have!"

The way Mr. Thompson sees it, the world is built on code: “every endeavor relates to code. Everything that human beings are doing — agriculture, coaching sports, cars.. it’s an important skill for students to have!” he says. So, even though he didn’t have a background in programming, he decided to take on the task himself and offer coding as an academic subject at Gunston.

Joe teaches an eclectic and exciting class. One of his students said that what he really likes about the class is that there isn’t just one thing that the students are doing all the time. “When I was in Mr. Thompson’s class, one day you’re learning how to build a website with HTML and the next you’re doing coding problems on CodeHS”.

Mr. Thompson incorporates different types of coding into his class to keep it fun, interesting, and applied. He sees CodeHS as the best way to lay the foundations for the computational thinking and problem solving that the students are going to use no matter what sort of coding they do.

“You guys have the magic!”

For example, Mr. Thompson brought in an Arduino and saw the coding skills from CodeHS transfer seamlessly to coding these robots. “You guys have the magic!” he says about CodeHS, “it’s not too elementary and it’s not too crazy complex, either”.

Even more exciting than Joe’s assertion that CodeHS is teaching computer science right, is his students’ enthusiasm. The students shout a resounding “yes!” when asked if they’re interested in taking more coding classes.

"The students shout a resounding “yes!” when asked if they’re interested in taking more coding classes."

Tyler says “coding is intimidating at first. When you say coding, you think to yourself it’s going to be boring. That you’re going to be sitting in front of a computer just banging keys all day. It’s not that at all! You have to get in there with the right mindset and you’re going to love it!”

Another student proffers, “Be a self-starter! You don’t need a teacher!” while another says, “if nothing else, just try the darn thing! You won’t not like it.”

If that doesn’t have you convinced, I don’t know what will.

As Joe thinks about the future of coding at Gunston High School, he says he wants to have a required quarter-long freshman class to expose students to coding. “It’s very important that everybody gets exposure. Even someone who has no idea, almost no interest ought to do a couple of lessons of Karel just so that they know what’s going on behind the scenes when they’re running a computer.”

"The sky is the limit for the people that get really into coding."

He also wants to offer a couple more advanced coding classes for students who are interested in pursuing the subject. After that, he imagines a project-based class would be fun. Ultimately, the sky is the limit for the people that get really into it.

We agree, and we can’t wait to see what Tyler Judd and his classmates are up to a few years from now.

Interested in bringing coding to your school? Shoot us an email at schools@codehs.com — we’d love to help make it happen!

Tell us about your class and be featured on CodeHS! Teacher Feature Survey